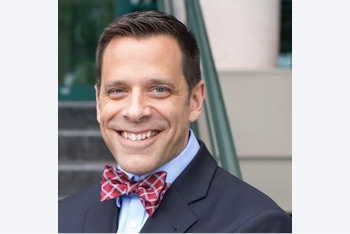 Same day or next day visits

Available via text, call, or email

Dr. Rohal opened CovenantMD in January, 2016. He grew up in Maryland, and is happy to be setting down roots (pronounced “ruhts”) in Lancaster. His wife, Lynn, is a native of Manheim. They have 3 young children – two girls and a boy. Drama was his first passion, playing Curly in Oklahoma and Malvolio in Twelfth Night during his high school career. But he also had talents in math and science, which made his parents overrule his burgeoning film career and send him to college to get some practical skills. He may not be the next James Bond, but building CovenantMD is all the adventure he could ever ask for. He enjoys roughhousing with his kids, fly-fishing, hunting, golfing, skiing, reading, and singing in barbershop quartets and his church choir. He is a member at Westminster Presbyterian Church in Lancaster.

Dr. Rohal earned a bachelor's degree in biomedical engineering from Johns Hopkins University, and his M.D. from the University of Maryland School of Medicine. He completed his residency in Family Medicine at Malcolm Grow USAF Medical Center. He is Board-certified in Family Medicine, and is a Fellow of the American Academy of Family Physicians.
Dr. Patrick Rohal speaks English.
B.S.,
Johns Hopkins University
Baltimore, MD
M.D.,
University of Maryland School of Medicine
Baltimore, MD